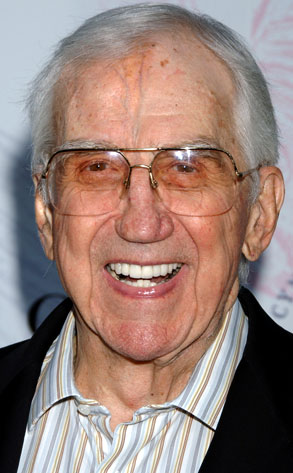 In the last few days, we have lost three distinctly different personalities.  I was watching CNN and there was a blog entry read that talked about Ed McMahon and his distinguished service as a colonel in the military.  This person referenced Farrah Fawcett’s valiant struggle against cancer and her work against domestic violence.  The individual then referred to Michael Jackson’s criminal trials for child molestation and his drug use.

It breaks my heart that at this point in our history, we are still looking at others with such a jaded eye.  The truth is Ed McMahon was in debt up to his eyes.  Farrah Fawcett began her career as simply a pretty face.  Michael Jackson was worked far beyond any reasonable level by his own parents during his entire childhood. 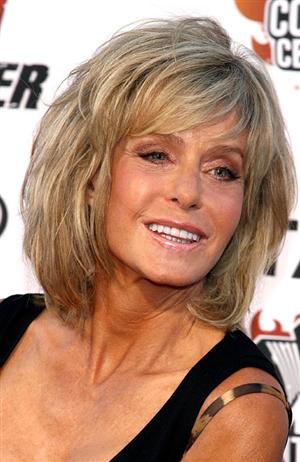 The point is that every single person on this great big planet has a story and that story is a complete one.  It has really beautiful parts to it and it has hideously ugly parts to it, as well.  Such is the nature of life.  For those who feel that they have not been touched by severe tragedy or extreme joy, allow me to express my deepest sympathy to you because it is most likely because you have chosen to live a life of fear, keeping yourself safe from every possible danger or sadness.   That’s not living.  That’s existing.

Without risk, there is no glory.  (I wish I could find who said that first).  Of course, I’m not talking about fame when I use the word, “glory.”   I’m talking about that feeling of basking in one’s ultimate success.  Without scars, there is no character.  Without pain, there is no healing.  Without horror, there is no joy.  Life, as we know it, is full of polarity.  It’s the nature of the beast.

Ed McMahon defended our country as a valiant and honorable soldier.  Farrah Fawcett struggled against misogyny and violence, bringing at least one wonderful movie to light in that effort.  Michael Jackson changed the face of pop music from the time he was ten years old.  Each of these actions has value and will find longevity.

Their agonies are not ones we will ever understand because we have not walked in their shoes.  So, what they offered us personally was joy, creativity, and abundance.  I suggest we simply say, “Thank you, Ed.  Thank you, Farrah.  Thank you, Michael.”

There have only been two celebrity deaths that affected me so personally that I wept.  One was when George Burns died.  I respected his power and his humor and I felt he represented 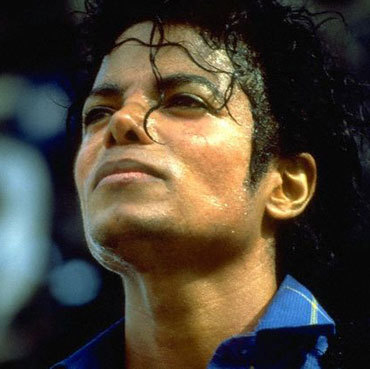 the best of comedy and sophistication in the art form.  The second was Katherine Hepburn.  Again, she was a pinnacle of class, sophistication, directness and artistry.  Their passing was deeply moving to me because with them went a level of talent that we will rarely see again.

So, let’s say a fond farewell to our lost comrades-in-art 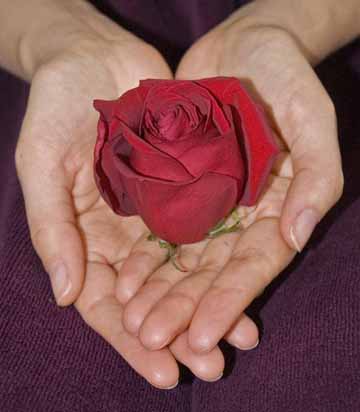 A Proud Moment in Film

A few months ago, a group of us decided to produce a film called, “Two Tears in a Bucket.”  The script was written by a new friend of mine, Dave Garcia.  He asked me to take one of the roles and line produce the picture.  I was not terribly busy, so I agreed.

I’ve never had anything whatsoever to do with film in my life before this.  Nothing.  Not one tiny thing.

It was going to be a lark.  Sure, I’ve produced many theatrical stage productions before, but this was a new adventure and I’m always up for a new adventure.

We cast the film, worked out the logistics and began rehearsals, which I think are important.  I did the acting coaching, some of the directing, location management, scheduling, budgeting, and many of the other activities a line producer does.  The more I got into the process, the more enjoyable it became.  I realized that I was actually pretty good at this.  Although I had no formal training, after thirty years involved in theatre, I understood the concepts.

Our cinematographer/editor came along and we were ready.

In the middle of this process, we were fortunate to do a tiny little six minute film, “Out of the Frying Pan,” which, incidentally, can be seen on YouTube.

This film was a great training ground for us.  We learned what we could do and what we couldn’t do given our limited resources, limited time, and limited experience.  We were fortunate to have amazing people around us to get it done at all.

Once we were ready to begin filming, “Two Tears…” we felt as though we had a head start.

Tonight, a few of us gathered to see the first cut of our film.  I was prepared for the worst.  We’d done our best, but with few exceptions, we were neophytes.

What I saw tonight was a surprise and a pleasure.  The first cut of our film was a testament to all the dedication, love, and effort everyone had pulled together for this project.

The film is now going to the composer for the score.  Rick Dean Sumners has the responsibility to reflect the heartbeat of the piece.  Yet, another joyful connection in my life because I’ve know Rick a long, long time and know that he’s going to do a superlative job.

We have a real film developing here, ladies and gentlemen; a film of which I am so deeply proud.  I can hardly wait for you to see it.

This is what comes from true collaboration and focus.  At this point in my life, I suppose an old dog can learn some new tricks.

The process, quite honestly, has been a rollercoaster of emotions for me, but worth every moment.  I suppose that’s what comes from being willing to take the risk to make yet another dream come true.

Yesterday, we shot the first four scenes of our movie, “Two Tears and a Bucket.” Good fortune rained down upon us, not unlike the rain today rained out our second day of shooting… torrentially.

Our locations were perfect. Our cast was on the money. Our Director of Photography was better than one could have ever imagined.

Everything fell into place and, quite honestly, I’m both surprised and satisfied with the consistency of our process. It seems, as my mother would always say, like a cat, I always land on my feet. Day after day, year after year, no matter what the challenges, things routinely work out well. I haven’t any explanation for this; however, I am grateful. Perhaps it is my faith. Perhaps I was born under a lucky star. Whatever the reason, I sit in humble gratitude for my good fortune and the beneficent stars that surround this project.

As artistic endeavors are undertaken, no matter who is involved, there seems to be an unheard engine of motivation and inspiration to action by those involved. Artists are compelled by our desire to communicate, no matter through which medium.

There are times when it seems as though we are screaming silently from within our cages, just in case one person might hear us. At other times, we are raising our jubilant tones in celebration and thanksgiving on the top of a mountain in the resounding dings and bongs of our joy.

Each of us, however, is calling to at least one other person to hear us.

It is in that primal urge toward being heard that we find our intentions manifested, I suppose.

And, so it was yesterday. Our scenes are now digitally embedded into a computer chip, and more importantly, our voices are preparing to be heard by others as we begin the editing and release process.

Our life scenes are once again reflected in our artistic processes – imagined, manifested, created and released. Suddenly, we no longer own our small civilization. We must offer it to others so that they, too, will understand what is within us and maybe, in some small way, be more fully connected to their own message and inspired to share it with others, as well.

Another Day, Another Film

After last weekend’s wonderful experience of filming, “Out of the Frying Pan,” I’m really looking forward to filming a project we’ve been working on for some time, “Two Tears and a Bucket.”

My filmmaking partner, Dave Garcia, really is a talented screenwriter and I think this ten minute short is going to be quite something when we’re done.

I’m always surprised to find myself in this kind of position, where I’m having to move a project forward that, previously, I have little or no experience.  It was the same way when I began teaching at Natomas Charter School.

Sure, I had taught voice privately for a long time and I had even directed several groups; but, to teach children how to sing?  I never would have imagined that I would be doing that in a million years; yet, there I was.

This is so similar.  I’m taking the reins as a producer and film actor in a genre that’s so new to me.  It is so incredibly fun, though.

We’ve got a great cast and crew, including a cinematographer with a real camera, lights, sound and everything!  I feel like a kid on Christmas morning.

There is that pragmatic side of me that keeps me grounded, thinking, “Have I done everything?  Is there enough of everything for everyone?”

We’ll see how it goes.  Wish me luck!