How Does The Death Of Even One Person Help? 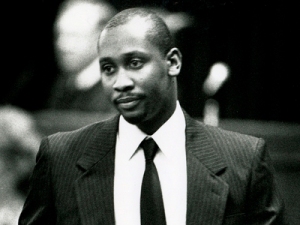 Succinctly put, I am not in favor of the death penalty.  Troy Davis, a man convicted by a jury of his peers for killing Savannah, Georgia, police officer, Mark MacPhail in 1989, died today by lethal injection, even though there were serious doubts about his guilt. The tragedy of Officer MacPhail’s death is compounded by the death of Mr. Davis, not alleviated by it.

The death penalty serves no purpose in 2011.  The culture of the 1800s and before, and perhaps even the 1900s, allowed for such monstrosities to transpire; however in the 21st Century, can we still be so barbaric as to believe that a person’s death is going to have any result other than giving revenge to the victim’s family?  There is no punishment in the death penalty.  The individual would have had to live in a cell for many years had he lived.  This way, he goes to his rest.  The victim is not exchanged in this transaction and sadly remains deceased. As for the deterrent nature of the death penalty, a series of studies around the country, including one at the University of Colorado-Boulder, by sociology professor, Michael Radalet and Traci Lacock showed that criminologists around the country, to the tune of 88%, did not believe the death penalty served to deter anyone for committing murder.

I do not mean to suggest that we should treat our murderers and rapists to exemplary living conditions. Quite to the contrary, I’m a firm believer that those convicted of the most heinous crimes are provided too much by the state. Those who know my personal family history will attest that this may be considered an extremely harsh opinion coming from me.  Nonetheless, the challenge is not even that an innocent man will be put to death, which I believe is also deplorable.  My issue is much more basic:  What gives any person in any position the right to take another’s life away from him or her.  As a society, what does that say about us as a culture?  Not much, to my mind. 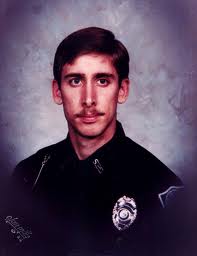 I pray for the peace of Officer MacPhail’s soul, and for the likely impossible comfort for his family.  I know that God alone knows the truth about Troy Davis, and it is God alone who should stand in judgment of his soul.  That certainly is not my job.  The jury who convicted him must answer to their mirrors and their makers if in their heart-of-hearts, they feel they made the wrong decision, because Troy Davis is now dead, and he is dead at their hands if he is indeed innocent.

No one’s violent and/or punitive death, except some might say the death of Jesus, has had much, if any, benefit to our community.  We are all diminished when one citizen takes another citizen’s life through violence.  It must stop.  We must learn to find another way to punish those who have committed horrific crimes against others.  The loss to our nation when we kill someone, even in accordance with the law, is permanent and tragic.